Just stumbled on to this. I really feel that Robert Fripp and his various incarnations of King Crimson haven't gotten enough credit for creating such interesting and innovative music for (with a break or two) for almost 50 years. I'm posting this live concert from the '80s of my favourite version of the band, with Fripp, Belew, Bruford, and Levin. It's been said that this is the most commercial of the Crimson line-ups, but in Fripp's world, I think that commercialism is pretty relative! Dig this…..

I always love the way they play together. Even the contrast between Belew's extreme engagement and Fripp's distant, almost dour demeanour is something I've always found compelling. Throw in one of the best and most creative bass players, and Bruford, well, he's Bruford! He's a musician that never takes the safe, easy route.
I have been checking out the most recent Crimson stuff with the 3 drummers, and although I don't like it as much as this (and I realize I'm not immune to nostalgia in my music tastes) it certainly is creative and interesting, and I'm going to keep on listening! Also, try to check out the Crimson doc, if you can.  I believe it's available via streaming,
P.S. Here's the same band 2 years later in Japan! :)
Posted by Ted Warren at 2:39 AM No comments: 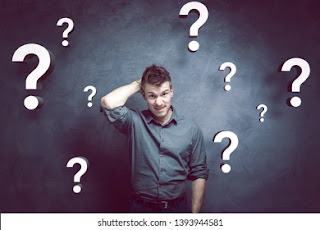 Further to most post last week about looseness, I'd like to talk about something regarding a conversation I had at my side hustle gig recently. The subject of Jazz came up, and this individual stated he didn't like it because he found it "haphazard". Now, I understand to a new listener, the music must seem random and people just "play anything", but as one acquires more knowledge and experience, it becomes very clear how many obstacles one navigates to even create a mediocre performance. To demonstrate, I thought I would list just a few of the things I am thinking about and mentally juggling while playing improvised music….

-Making sure the tempo is steady (if the tune isn't rubato)

-remembering and relating to the form

- interacting with and supporting the soloist

-constantly accessing my dynamics, both as a whole and each limb individually

- figuring out how I can represent the different sections of a tune's performance (e.g. Head vs. Solos, differentiating between soloists etc.) and what the trajectory of the whole tune will be

-deciding on whether to comp at all

-hearing and relating to the melody

-supporting and reacting to other soloists

-what rhythms and articulations to play during a solo

In conclusion, when improvising, one is making split second decisions that will affect the success of the performance constantly! Just because one doesn't know exactly what one is going to play, doesn't mean there aren't infinite high level decisions going on based on years of practice, listening, and development of taste! Happy listening!

Posted by Ted Warren at 2:28 AM No comments:

In praise of looseness

When one is playing improvised music, perfection isn't really a useful concept. If one plays "perfectly" one night, does one play the exact thing again? Then it's not improvisation. I have played improvised performances most of my life, so I tend to favour music that sounds fresh and not preplanned. For example, I like the Police more than Sting solo, I don't think most Beatles covers improve on them at all, and definitely Van Halen is superior to Van Hagar! The feeling of music that is being made "without a net" is one I greatly cherish. For certain, I like Steely Dan and symphonic music too, but "in the moment" is where my heart lives.
On a similarly related topic, I've been experimenting with using some extended techniques in what I call  "Saskatchewan Surdo". In other words, if I played any of these in Sao Paulo, nobody would confuse me with a local! ( Especially since I don't speak any Portuguese! ) One one the great things, however, about playing Percussion Section/World music-style beats is that they're supposed to sound like there's more than one person playing, and therefore shouldn't be played with razor-sharp precision. Works for me!
So, here are 5 examples of "Sask. Surdo". Don't be afraid to adapt beats of the world to create something new. If you do it honestly, with taste and respect, everything should be fine. Have fun!

Posted by Ted Warren at 2:03 AM No comments: 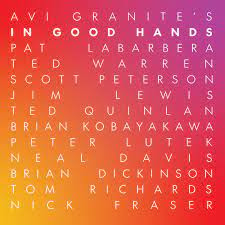 The very cool concept of this recording is that we all played  solo versions of Avi's tunes, so I think we'll be doing that as well as joining eachother in different configurations, so come help us celebrate the release and these incredible players on Saturday Nov. 12 2022 at Jazz Bistro. This is going to be an amazing night of music!
UPDATE: Here's me playing my contribution to the recording, Avi's fun tune entitled "19 Seconds Or Less".  See you Saturday! :)

Posted by Ted Warren at 2:55 AM No comments: 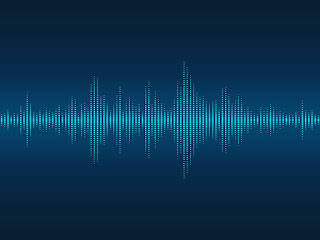 What's the first thing we hear when anyone plays an instrument? Their sound. Yet we spend very little time talking about it. I'd like to offer my opinions on the subject, and remember, they are purely mine.

1. Very little of your sound comes from the gear you're using.

Recently, I played a jam session and two very talented young drummers came up and played. One was someone who had played in the church and it was evident he had been heavily influenced by Gospel music. As soon as he started to play, the cymbals got quieter, the hi-hat and snare drum sounded much drier than before, etc. Then another drummer sat in ( in think she was from Ecuador and was here studying Music in College) and when she played, the cymbals all became crashes rather than rides, and the toms took on a beefier and more predominant tone, aided by a healthy dose of rimshots played on all the drums (except the bd.) Now, both these individuals were playing my drums, and I'm sure they sounded different when I played them. Why? Because we were all hearing different things! At that point I realized that sound develops as one listens and discovers one's taste in music, long before an instrument is touched! As good as these players were, I don't believe either of them had been playing as long as me, but already their sounds were fairly established and continuing to develop. Speaking of which……

2. Your sound develops as your taste evolves.

I'm sure I sounded a lot more like Peter Criss in the late '70s than I do now. Partially, because I hadn't heard a lot of music and didn't have a lot to draw upon. The music that turns us on effects our touch, ideas, tuning, dynamics, cymbal choice etc. and that all comes out in the sound we make. Conversely, if I never had heard Tony Williams or Elvin Jones, I'm absolutely sure I would sound very different than I do now. Also…

3. Your sound continues to grow and change.

This is especially true if one keeps studying and learning. I have heard much more World, Classical, and R n' B than when I was a young person, and that has changed my sound significantly. Even the physical limits of aging (as well as the greater common sense and erosion of ego that goes with it) changes one's sound.

4. Your sound becomes more prominent as you accept and understand it.

Of course, there are so many great drummers I could use as examples of sound, but i thought I would post this footage of Louis Bellson ( a big early influence for me) in 1992. Check out his snare drum sound. Magic.

Posted by Ted Warren at 3:35 AM No comments:

Yeah, yeah, I get it. Mr. Copeland loves to shoot his mouth off about things that he doesn't know about, like Jazz. But but just as I can listen to Miles Davis without agreeing with his stance on parenting, or check out Stan Getz without approving of his choices of recreation, you can't deny what a great performance this is. Great sound, groove, and perfect for the song. It's so good it's scary! So with that, Happy Halloween!
Posted by Ted Warren at 2:43 AM 1 comment: 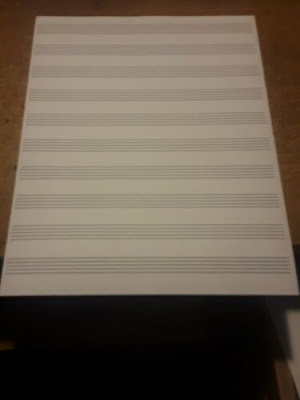 I must admit it feels slightly pretentious of me to be posting about music writing, but I've been composing Jazz tunes since the mid-80s (and Pop tunes WAY before that) so I thought I'd like to share a few things I've learned along the way.

1. It's been my experience that the more one writes, the easy it is to compose the next time.

Now, as the drug ads go, results may vary, but I find composition begets composition for me. I put myself on a "compose every day" diet at the beginning of the fall, and I'm amazed what's come out! And related to that…..

2. Don't feel that everything you write has to see the light of day

It's more important to go through the act of writing than worry about anybody hearing it. Along those same lines, don't be afraid to go back to fragments and ideas you may have given up on and continue editing them. The tune itself will tell you when you're finished.

3. Vary your writing method to keep your compositions fresh

George Colligan's great (and currently hibernating) Blog has some excellent suggestions for this. In a nutshell, force yourself to approach writing differently, to shake it up……

Drummers tend to be the least harmonically advanced members of the band, so hit up your bandmates for help and suggestions. I have played many a tune for people like bassist Mike Downes, and guitarists Ted Quinlan and Dawn Thomson, and they were very generous with their advice. After all, if the drummer's tune makes more sense, then it'll be easier for everyone else to play on!

Alright! Everyone get writing…..