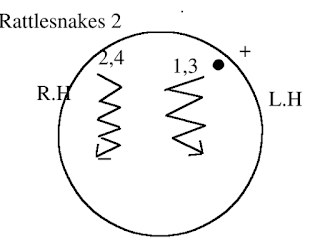 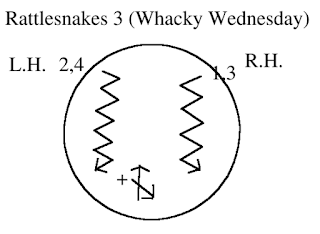 Posted by Ted Warren at 2:22 PM No comments:

If I had a drum festival

Further to my post several days ago complaining about the amount of spectacle in the drumming world, I started think about the kind of drum festival, no.... music celebration I would have.

Firstly, all the guest artists would be players know for their time playing. Genres wouldn't be important, so Jim Keltner would be just as welcome as Jimmy Cobb. I would love to see Dennis Chambers and Vinnie Colaiuta there as well, because as wonderful soloists they both are, they both can really play time.

There also would be NO fastest drumming competition. This would be replaced by events ( not competitions) where drummers could....

-Try playing extremely SLOW tempos in front of an audience.

-See how to best interpret a drum chart.

- Do an " gig obstacle course" where they see how well they play when faced with such impediments as running late to the gig, a drunk bass player, a club owner who has an idea the drums are too loud before the drummer has even played etc.

Perhaps ending with some drum duets where the point is to make as a complete musical composition as possible.

In closing, I don't know how popular my drum festival, oops, music celebration would be as it wouldn't be very flashy, but perhaps there's some sort of balance point in the middle between what's generally currently being offered and what I've proposed.
Something to think about anyway. See you soon! 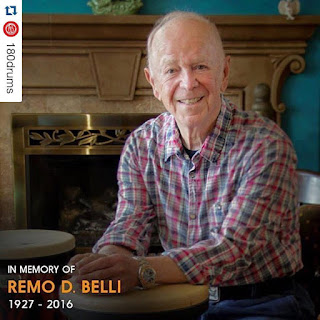 Posted by Ted Warren at 4:31 PM No comments:

Billy James, and the threat of ego

Just the other day, a friend of mine posted a track of music from the great saxophonist Sonny Stitt.  The tune was called "Donny Brook" and the drumming was great! A nice clean cymbal beat, and a snare drum "bark" that was reminiscent of some of Joe Chambers' work. The drummer, I found out, was Billy James. Another great player I'd never heard about! Here's some brief biographical information about Mr. James....


Billy James's career began at the tender age of 15 when he began to gig with the Lionel Hampton band. The Pittsburgh-based drummer is best known for his collaborations with keyboardist Don Patterson and Sonny Stitt as well as his flawless technique at rapid tempos that was complemented by his signature shuffle.

Billy was part of the Prestige label's house rhythm section during the 1960s and 1970s, earning him many record credits as a sideman, although his longstanding collaborations with Don, Sonny, Eddie "Lockjaw" Davis, Eddie Harris, and Houston Person are his greatest legacy.

So I started checking out some recordings. Sonny's Stitt's aforementioned "Brothers Four" and Sonny Stitt/Gene Ammons "Boss Tenors in Orbit" are particularly strong. Here is Mr. James doing a great job on a straight 8th backbeat thing. Playing just what the music needs!

Another thing to note about Billy James is that he evidently didn't particularly like soloing and preferred the team effort of creating time with the rhythm section. This was of great interest to me as the day before, I started watching a documentary about a drum "camp" and I could only get about 10 minutes in before I had to shut it off because I was getting so depressed. It really was the same old story, the celebration of chops, no musical context, and circus style visuals. Now, I'm no stranger to soloing, and I think it's an important part of playing any instrument. But I think if that's your main love, drums probably aren't the instrument for you. I think of players of the past such as Billy James, who dedicated their whole lives to playing time, and I think that puts into perspective what's really important.
Now, I'd promise I won't play any fills or solos on my gig tonight, but I'm only human!!!
Posted by Ted Warren at 1:19 PM 1 comment:

What we can learn from Prince.....

By now, anybody with an internet connection, a radio, or a newspaper knows that the great songwriter/performer/producer/multi-intrumentalist Prince has passed away at the young age of 57.
Like the recent passing of David Bowie, I wouldn't call myself a huge Prince fan. I certainly owned some of his recordings, but there was a lot of his music I hadn't checked out and I never had the privilege of seeing him live. That said, like with Bowie, I found myself quite despondent of the news of his untimely death. I think one of the main reasons in both cases is that the world lost an artists, with a capital A. Let's examine some of the elements that made Prince so special, and what we as artists can learn from him.

1. Follow your own muse.
Prince always did things his way. He wrote the songs he wanted to write. He put out recordings as often as he wanted to. he dressed the way he wanted to etc. Ultimately, how we present ourselves and the music we make is our choice. Prince always exerted this control, whether what he did was popular or not.

2. Make it about the music
Again, like Bowie, but even more so, Prince was very private and really didn't volunteer much information about his personal life. He wasn't at fancy parties and premiers in New York and Los Angeles. As a result, after he passed, people are talking about his music rather than scandals. I don't think this was any accident on his part.

3. Make the presentation of your music interesting
As great as a songwriter and musician Prince was, he was also a completely captivating performer. ( As I said, I certainly never saw him live, but have seen a lot of concert footage over the years).
I can't pretend that the presence he had onstage isn't a rare thing, but I think we can all learn things from the mystic and drama he created onstage.

4. Keep exploring
Like all great artists, Prince didn't stand still. He kept evolving and trying different things. In fact, I very much liked his latest work with his all female backing band ( including great Toronto guitarist Donna Grantis). That music seems to have a bit more of a rock edge than I'd heard from him in a while, and it sounds great!

What do you do when a great artist passes on? You create more art! Let's get busy folks!

In a year or so of many changes in my personal and professional life, a very significant switch has occurred as far as cymbals go. I am now endorsing Murat Diril cymbals exclusively. I am very pleased to be working with this innovative company. Special mention also goes to Canadian  rep David Millar, a musician's friend if there ever was one. For more information about these wonderful cymbals, please visit their website.

Finally, here's some video David and I shot of me demonstrating some of the many hi-hat sounds Murat Diril offers. There's a lot of videos, so I don't expect you to watch all of them! ( Unless you're my Mom!)

Hi floks,
Just a little post inspired by an inspiring interview with the Great Steve Reich on CBC today. He has a gig in Toronto tonight that unfortunately I couldn't make it to, but I thought I would post footage of his great piece "Clapping Music" before I head out to the practice space to use it for my own nefarious purposes! :)

Posted by Ted Warren at 5:40 PM No comments: