Music scenes are funny. Some players work together constantly and rarely work with another group of musicians. To the best of my knowledge, the following footage is the only time that Lee Morgan ever worked with O.P.'s trio. Enjoy!

A couple of observations. I would love to get even a tiny bit of the swagger Morgan puts in every note he plays! Also, I'm yet again reminded of how versatile Ed Thigpen was! :)

Posted by Ted Warren at 2:34 AM No comments:

The Cuphead game continues to be the gift that keeps on giving. This is a behind the scenes look at the recording we did last year, during the height of covid. Kris Maddigan again created some great compositions and arrangements, and John Herberman is a great conductor to work with. And how about Russell DeCarle's yodeling? Fantastic!
Posted by Ted Warren at 1:33 AM No comments:

We are all Ferdinand Magellan, Matthew Henson, and Amelia Earhart 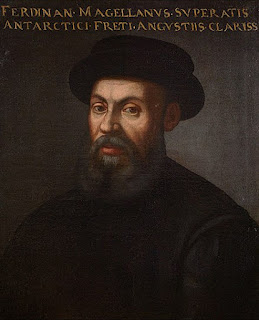 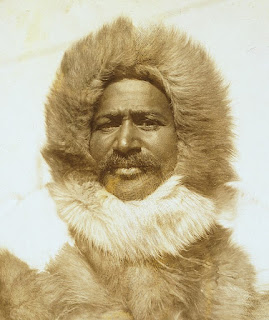 What do these three people have in common? They are all explorers! It's my view that creative musicians have a responsibility to explore at their instrument, every day! One of the interesting things about practicing in a shared space is how often I either hear someone trying to recreate something they've already heard (e.g. a cover band) or playing playing the same thing, week in, week out. I realize people play for many reasons, and have different levels of ambition etc., but I think the idea of exploring as a musician is an aspect of creativity that gets overlooked a lot. Next time you are practicing, I would invite you to ask yourself questions such as:
How can I make this different?
What would happen if I….?
How can I expand on this thing I've already done?
What would this sound like?
I realize that there are many nuts & bolts sort of things we have to learn to either cover an upcoming gig, or develop our sound and technique. I would, however, encourage you to devote a little practice time everyday to be the Magellan/Henson/Earhart of your instrument. You could well be on the way to discovering the New (Sonic) World!

Posted by Ted Warren at 2:00 AM No comments:

A Guitar Player article in which Bill Frisell offers his Top 10 Tips For Guitarists has been making the rounds, although it would be probably be more accurately described as "Top 10 Tips for Improvisors". Fantastic stuff. Enjoy.
Posted by Ted Warren at 3:47 AM No comments:

Count Me In and Motian in Motion: A tale of Two Movies

I recently saw the two films mentioned in the title of this post. To be sure they are very different films and have contradicting aims to some extent, but they both left impressions on me and I would to discuss their contrasts in depth.

Count Me In is very much a celebration of drums and drumming, and in that sense, it's great to see these hard working people in the back of the bandstand getting their due. Many well known drummers such as Cindy Blackman, Chad Smith, Stewart Copeland, and Taylor Hawkins (RIP) are interviewed and provide insight into a drummer's role in a band. I believe this is something the general public doesn't know a lot about, so this is certainly welcome.

The film isn't without its problems though. Although I realize it's a feature on Rock drumming and mainly British players, you can't really tell much of the story of the drum set without mentioning not only some of the great African-American pioneers of the instrument (which they do in passing) but also all the great BLUES drummers as well. Without these people, there's no drum set! As well, although they do feature some lesser known and up and coming female drummers (such as the super-positive online force that is Emily Dolan Davies), the filmakers seem to find it necessary to emphasize how these young women can "hit as hard as the men" etc. etc. and further perpetuate the idea that drumming is a one dynamic event. I would hate for a young female drummer to think that playing at a low dynamic range ( as many gigs require) is somehow not proving oneself or being too "girly". This is not a new problem, but this film tends to continue to play into these one dimensional stereotypes of drummers, be they male, female, or trans……

Motian in Motion, by contrast, is very much a portrait of a great Jazz artist. There is great access to Mr. Motian not only performing and hanging out with his fellow musicians, but also interacting with club owners, doormen, etc. It really is an amazing and rare glimpse into a creative soul who completely followed his own path, and was brave enough to do so. It is interesting to note, however, that even though Motian worked with such female artists as Jane Ira Bloom, Carla Bley, and Geri Allen, to name a few, he doesn't seem to have any women in bands he led. (If I'm incorrect about this, please let me know folks.) This may be just coincidence, but in this day and age, the omission certainly is noticeable and curious.

Regardless, both these films are very worth watching, and there is much to be learned from both.

Here is the trailer for "Count Me In", currently available on Netflix.

…And here is "Motian in Motion". Enjoy!

Posted by Ted Warren at 1:29 AM No comments:

Growing up as a musician, you are taught to grab at every opportunity that comes your way. When you're young and seeking to gain experience, this makes perfect sense. But there does come a time when it's good to take stock of the work one is doing and whether you are in the right place. Case in point. Through a bunch of experiences, both good and less so, I realized that ongoing teaching of students younger than around 14 and beginners was not the best choice for me. Firstly, there are people much better at this than I, and this isn't something I want to focus on anymore. This isn't a hard and fast rule. If a student is super keen to study with me or if it's a camp or clinic situation, I'll certainly wave this (somewhat loose) rule. I also don't want anyone to think I don't enjoy interacting with young people. Nothing could be further from the truth. I would just prefer interacting with them as a musician rather than a teacher. There's also gig situations that I'm less likely to take now as well. There would be nothing worse than me playing in some situation I don't want to be in, especially when there are other players that would enjoy the experience. I can guarantee you that every time you see me behind my drums, I want to be there. :)

Finally, there may be times when you feel what you are doing  (as a musician or teacher) is not understood or appreciated. In these cases, it's best to let go of them and "find your people" so to speak. :)

…..and although this has nothing to do with anything, here's me practicing  a groove and employing an accent on 2 & 4 with the bass drum.

Posted by Ted Warren at 2:08 AM No comments: 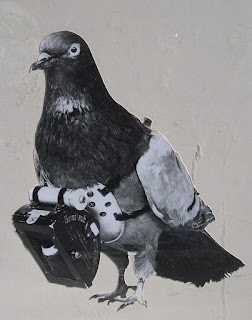