Inside the drummer's studio part 9

Today I'm going to be badgering the great Ron McClure. 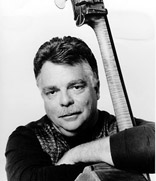 Ron has been a recording arts for record companies including Steeple Chase, Naxos Jazz, Ken Music and EMP/EPC Records.  He has recorded over twenty CD's as a leader on Steeple Chase.

One really extra exciting thing is that as well as being a good sport about being interviewed, Ron will be performing this week with Ted Quinlan, Brian Dickinson, and myself at Humber (noon on Nov. 21st), the Rex (evenings of the 21st & 22nd), at Mowhawk (2-4PM the 22nd) and U of T (3:15-4:30 the 22nd). So as a preview to the gigs, here's Mr. McClure's responses.

1. Do you have any live performances or recordings you checked out in
your formative years that had a profound influence on you?

Ron: There, of course, were many recordings that had a "profound influence"on me. The very recording that really moved me was "Hand Clappin'" by Red Prysock, a rhythm & blues Tenor player.My first mainstream jazz recording was "Blue Trane"
by John Coltrane with Paul Chambers. The tenor sax being one of my favorite instruments, and I've worked with some of the best. Of course, Bill Evans' recordings with Scott Lafaro tore my heart out!I'm still influenced heavily by things I hear. My latest musical infatuation is with "Dirty Loops", a Swedish trio. Their cover of Canadian, Justin Bieber's "Baby"is brilliant. Everything Miles Davis and Herbie Hancock have ever done are high on my hit parade.

2. You've worked with most of the great drummers out there. Do you
have any particular favorites and anyone you feel you've learned the
most from?

Ron: I learned how not to treat people from Buddy Rich! Enough said, I think Jack Dejohnette is probably the best drummer I ever played with. Billy Hart, with whom I've played in Quest for 30 years, is probably the most creative? Adam Nussbaum swings as hard as anyone, and Victor Lewis is also among my favorites to play with.

3.Do you have a favorite recording you've performed on?

Ron: I'd have to say that the duo Cd: "Cold Blues" on Owl Records, France, I recorded with Michel Petrucciani in 1985 is my favorite recording. "McJolt", my first Cd for SteepleChase in 1989, with Richie Beirach, Adam Nussbaum and John Abercrombie would be my second choice. I have 28 Cds under my name. They are all with different groups. Nils Winther of SteepleChase has enabled me to document my music on recordings and the musicians I've played with over the past 23 years, for which I am extremely grateful.

4. Like many working musicians, you teach as well. Do you feel
there's anything missing from the playing of the current generation
of students?

Ron: Funny you should ask this question. I was just talking to my students at NYU today about the lack of opportunity for APPRENTICESHIP in jazz today. I was blessed with opportunities to play with so many great artists during a time when there was a veritable plethora of jazz venues in which to play extended engagements. I think the digital age has greatly enhanced the students ability to access information and recordings, while isolating people from one another at the same time. There are fewer opportunities for musicians to gain the kind of experience I've had, and I hear it in many of the younger players. Jazz was once passed down from generation to generation in a personal way that is missing
in today's world. The lack of jazz venues in which to play and listen is another contributing factor to this void. The music is nevertheless being carried on by many strong minded young musicians all over the world.

5. You've had a long and varied career. How has playing changed for
you (or not) over the years?

Ron: My playing has changed over the years, as I gained experience. I've made changes in how and what I play the bass as I learned how to be a better accompanist and soloist. Of course, new opportunities as well as financial necessity compelled me to change my focus from merely being a jazz bassist to becoming a teacher, writer, arranger, and band leader for recordings and performances.

6. You play gigs on piano as well. How did that start and how has
that informed your bass playing?

Ron: I began my musical journey on the accordion at the age of 5. The bass was thrust into my hands by a wise, high school band director who saw that I was a musician but needed a bass player in his school orchestra. As I began getting into Jazz, most of my teachers encouraged me to "get familiar with the piano" for very good reasons. Having played with so many great pianists, and being the student I have always been, I discovered music through spending countless hours at the piano. Through trial and error, I gradually learned how to write and even play a fairly decent style of solo jazz piano, good enough to get me a steady job playing at a McDonald's in lower Manhattan for the past decade or so...

There you have it.
Here's a track from the "Cold Blues " recording with Michel Petrucciani that Ron mentioned.
The tune is "Something Like This"

No this isn't about the serial killer living in Miami, just a great documentary on tenor saxophonist Dexter Gordon.

Check out the great trades with the highly under appreciated Eddie Gladden. Yeah!

Hey all,
This is a thing where I'm fooling around with the effect of hitting the snare rim with the shaft of the brush on an angle and slowly bringing the brush wires down to the head. It creates a sort of buzzing sound, I don't know what it's called. Anyway, I applied it to some 4/4 swing. 2 feel swing, cha-cha, and samba. Hopefully you'll find it useful.

Here are two vids of it in action.