UPDATE: As it turned out Four On The Floor and Cruise Ship Drummer never agreed to this but I'm posting in hopes it will encourage them to post their favourite 20 drum solos, because I'm curious! :)

Once again, in conjunction with Cruise Ship Drummer and Four on the Floor, we will be giving you, our loyal blog readers, 3 views for the price of one. Todd Bishop suggested we list our top 20 drum solos. This should be interesting. To be honest, there are tons of drum solos I don't like much. A lot of them feel to me like they don't have much to do with music. I'm also aware that the importance of a lot of them is pretty subjective. Okay, on to the list. I also have a youtube playlist pasted at the bottom of the post

2. Salsa For Eddie G.- Jack DeJohnette (NOTE; This tune was not available on youtube so I substituted Jack's great solo on "What I Say" by Miles Davis

13.  Israel- Paul Motian ( They're actually trading choruses). Is that cheating?

20. Personal Mountains -Jon Christensen (Again this wasn't on youtube so I substituted this one.)

Posted by Ted Warren at 1:55 AM No comments:

Greetings. Today I'm posting a run down of a 2 chorus drum solo I did on Mike Murley's composition "Dig Diz" on a quartet gig at the Rex June 5th. Thanks to Elena Kapeleris for capturing it!

The reason I'm going through what I played on this solo is not to say how great I am or anything, but to explain why I played what I did, and the thinking and logic that is going on when I solo. I love Max Roach, Roy Haynes, etc.. but I can't claim to have any idea of what they think about when they play! Also, I will be mainly talking about the why of what I played rather than the what. This isn't a transcription, but rather an overview…. Okay, here it is…..

So, "Dig Diz" is a contrafact (tune based of the same chord changes) of Dizzy Gillespie's "Woody N' You". Both tunes are 32 Bars, but Murley's tune's form is ABCA, whereas Dizzy's is the slightly more common AABA. I think it's also important to note that Mike Murley's idea to have the drum solo right after the head breaks up the typical solo order in a tune, and perks the ears up a bit.
Chorus 1
First 4 measures- I start off quoting the last rhythm in the melody. This is a way of connecting the head and solo form, and also is a strong rhythm to begin with. In the next 4 bars I play around with call and response quarter note triplets between the bass drum and flammed snare, all the while being conscious that I don't have to fill up all the spaces in the measure, especially this early in the solo.
Second A, I'm using a little motif (with a 3 beat feeling) which I end first with the small tom, then the large tom. I then take the motif and stretch it out by changing it's subdivision from 8th notes to quarter note triplets (those again!) All the while I'm still hearing the melody and form in my head.
To help delineate the bridge, I play 8th note triplets on the small tom, this is the first time this rhythm appears, the first time I'm using both hands on the tom, and finally, this is the first time in the solo 4 on the hi-hat appears. Also note, a lot of the ideas don't necessarily start or end on beat 1. Notice again I leave some space, this helps everyone (including yourself) hear and understand your phrases. Last A I quote the melody a bit, then just play some of my "drum stuff'. it makes sense within the context of the solo because I'm hearing the melody and form very strongly. I then look up at Murl, because when we originally recorded it, I only played one chorus in the beginning, but he signals for me to continue.
So, at the top of the 2nd chorus I continue the idea I was doing, but go back to the quarter note triplets around the drums.  ( At this point, I could argue I'm using the triplets as thematically as the head!) For the rest of the first A of the second chorus, I'm playing a 3 beat figure double stop sort of thing. I've played this sort of thing before, but that's okay. It's part of my vocabulary! :) 2nd A, I'm playing a rhythm with some left hand flam slashes, which I then take the spaces out of and make a 3 beat thing, this continues uninterrupted over the bar line into the bridge, where I bring the dynamics was up for drama, and yes, play the dreaded quarter note triplets again! :) For the last A I stick to the snare as a way of "winding down" I also quote the melody in the first 4 bars to also signal that the solo is ending soon and "reorient" anyone who might have lost their place. Although I might lose them again as I play a few more 3 beat ideas on the snare and finally quote the last 2 bars of the melody, which is what I started with. This gives the solo a  circular quality and leads nicely to the tenor solo.
Phew! So, please realize that there are infinite ways of structuring a drum solo. However, I would contend that  having a solo with a strong structural foundation is way more important than whatever "drum stuff' we fill it up with. We want to take the listeners on a journey, and just playing a bunch of difficult drum things with no spaces (or dynamics, or overall plan) isn't much of a trip, especially with current gas prices! :)
So, enjoy playing your solos that are melodic and logical, even though they're improvised!
Posted by Ted Warren at 2:46 AM No comments:

Habits and more thoughts on Bass/Drums 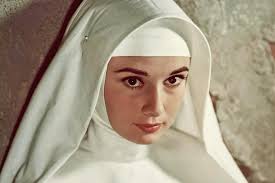 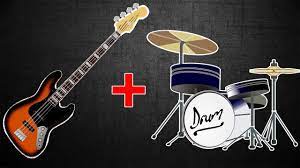 Just a couple of things that came up from some recent posts. One was my recent posting of the Bernard Purdie interview and his thoughts on China-Type cymbals. He mentions that when you mount them right side up, you have a variety of sounds, whereas when they're upside down, you have one sound only. WOW! OF COURSE!You know, for someone who enjoys getting as many sounds out of drums/cymbals as possible, it surprising this had to be pointed out to me! Anyway, I have started mounting my China-types right side up and am loving the results! :)

This brings up an even more important point though. DON'T TAKE ANYTHING FOR GRANTED!!! Question everything. Nothing "has" to be a certain way.

The other thing I was thinking about was my recent post on playing with my bass player friend Drew. It's important for non-bass and drums people to realize that NOBODY except the bassist and drummer know what they are going through, and in most bands, they are doing the heavy lifting! They are stoking the fires in the coal room that are making the engine run!  So, take your bassist and drummer's word for it when they talk about the people they work best with. Just as I wouldn't assume I know what truly makes a magical two horn frontline, non-rhythm players (and even pianists and guitarists)  shouldn't assume they know on a micro level what is going on in the rhythm section. :)

Posted by Ted Warren at 2:54 AM No comments:

Another great Beato interview. Mr. Purdie discusses elements of his feel, different studio techniques and how he adjusted to them etc. Interestingly, he reverses his tom order like Max and also offers some interesting views on how to mount a Chine-type cymbal. Lots to learn from this drumming giant!

Posted by Ted Warren at 2:05 AM No comments: