This is what I meant to talk about the other day before I went on my wristrenome rant.

For a long time, I wanted to play at drum festivals, to be seen as "one of the cats", to have drum and cymbal companies vying for my attention.

There were a few problems with my little ego fantasy though. The first thing is, I don't have chops. Now, I certainly have amassed many skills and techniques in my 40+ years of playing the drums. I don't have, however, BLINDINGLY-FREAKISH-VELOCITY-BASED-SHOW-BIZ-CHOPS that make 14 year olds drool. I have also abilities that are not valued in these environments such as:
-reading ability
-brush vocabulary
-playing of styles such as Jazz and Big Band
-keen listening skills ( especially in a group situation )
-knowledge of many styles and players of the drum set in a historical context
-vast knowledge of standard song repertoire
-soloing over song forms

When I finally realized that the only reason I wanted to be a part of these things was my own ego, I let go of wanting to be in this particular club house..... 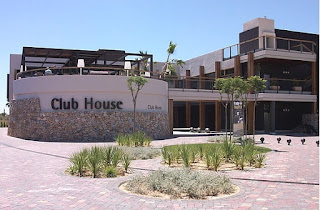 Strangely enough, around the time I was realizing that I probably wasn't " Drum Festival Material "
( at least in the way most festivals are conducted ) I started realizing I  had reached a kind of wall in terms of the progress I was making in playing Jazz. As well, an ensemble I was teaching needed a chordal player, and I didn't have a pianist or guitar player. I then took this opportunity to dust off the year's experience I had playing piano when I was 9, and jump into the world of harmony with both feet!
To say my comping and soloing was horrendous at the beginning would be unfair ( to horrendous ) but I kept at it. I've spent the last 6 or so years rehearsing, jamming, and practicing piano, while still doing all my regular teaching and playing on drums. Do I sound brilliant at a keyboard? Not by a long shot, but let's look at just a few of the things I've learned.....

1. Playing another instrument basically from scratch is good for keeping your ego in check.
I've played the drums for decades. It's a part of me. I can be away from the drums for long periods of time and function very well at the next gig. I can learn things on the drums quickly, and often don't even need to do it at the instrument. I never fall below a certain standard of playing, and never
"choke " on gigs anymore. In a nutshell, I never sound "bad" on the drums now, unless I'm learning something new. None of the above is true when I'm playing piano! This all has been great for my humility.

2. I have a whole new appreciation for the parts of the band that are dealing with the harmony.
Drummers are affected by the harmony too, but it's in more of an indirect way. Conversely, it's been interesting to deal with the students in my ensembles because I now know that yes, playing a beautiful solo on chord changes that tells a story, creates a beautiful melody over the form etc. is very challenging. On a garden variety standard tune though ( " All The Things You Are" , for example ) playing a solo using the chord tones isn't that hard. One just has to know what makes up the chords in each piece, and what does that take? Like everything else, practice! It's not a gift from on high or anything. It's a skill!

3. Conversely, I have a whole new appreciation for drummers who really support the soloists.
I remember being at a jam session on piano a while ago, and when I played a great drummer from the area ( Sam Cino ) played drums. He listened so carefully,  played so sensitively ( even to the point where I told him not to be afraid to play more aggressively behind me! ) and really made a lot more of my half-baked efforts than was originally there. Now, I always new he was great from a drummer's standpoint, but now I knew he was great from a musician's  perspective!

4. My knowledge of all the levels of the music seems to eliminate the "bs" from my drumming.
Now, this is a pretty subtle thing to verbalize, but I do feel differently now when I'm accompanying someone on drums. I feel I hear more, play better dynamics, have a better sense of the flow of a solo etc. A great pianist recently told me that the way I play now makes it a lot easier for him to get his point across when he solos. I can tell you, that means a lot more to me than 100s of drum festivals!

In conclusion, I now feel that I've become a different sort of player. You know, a lot of drummer's pay lip service to the idea of "playing for the song" but I think that becomes a lot more difficult if you don't understand what the song is made up of besides the drum parts! For me personally,  I get more from learning what makes a good bass line as opposed to the same amount of time trying to make my single strokes faster ( although I will keep working on that as well! ).

And finally, let's hear some transcendent drumming AND piano playing from Keith Jarrett and Jack DeJohnette for Valentine's Day.......

Hi all,
I was going to write about something else today but something on social media got my dander up so, as a person well and officially in middle age, I decided to go full "outraged Grandpa Simpson" and address it.....

Anyway, there's this sort of wristwatch/metronome thing that's being advertised a lot online lately. Now, as regular readers will know, I have no problem with metronomes, drum machines, sequencers etc. They are a part of any current musician's life, and one must learn to work with them. What I have a big problem with, however, is the fetishization and worship of such devices, as if they were the music itself. in the online ad, a great drummer, whose work I admire greatly says.... " No human has perfect time " and ( referring to the wristwatch ) " this is such a beautiful instrument...".
Okay, I'll deal with what I feel to be problematic with these statements one at a time.

I if he means that no human has perfectly mechanical metronomic time, I totally agree with him. Make no mistake, I have listened to this person play so beautifully on numerous recordings. He's making the music, not a machine! In fact, he's one of those great players ( I would count the great Steve Jordan in this group as well ) who can make the machinery sound like it's PLAYING TO HIM, rather than the other way around. The gear isn't where it's at, the humans are, you dig?

Now if he calls this wristrenome ( I just made that up ) a beautiful instrument, what does that make the drums he's playing? It's not an instrument. It's a tool, a device, a utensil. Steinway makes instruments. Seiko does not.

People may feel I'm nitpicking over language but I think it's important to realize (yet again ) that the human element is what makes great music great.

And now ( just by coincidence, mind you ) let's listen to the great JR Robinson propel Steve Winwood's  beautiful " Back In The High Life Again" and shows those little knobs and wires who's boss...... :)

One of the great perks ( percs? Ha! ) of teaching at University of Guelph every Thursday is that at noon, an hour before I teach,  the music department hosts a free concert. It's a great chance for me to check out music that i haven't heard before, and this week's concert was truly exceptional. The featured ensemble was Duo Percussion, a ( you guessed it ) percussion duo featuring Brennan Connolly and Dave Robilliard. Both are musicians from Ontario. They played beautifully and had a wonderfully varied program, mainly moving from non-pitched percussion and vibraphone/marimba pieces.

Here they are playing " Conversation For Two Tambourines " by Bobby Lopez

Wow! So much music in those little instruments.
Anyway, if you ever get a chance to see these guys play, definitely do it. As a purely " drum set guy" I have no limit of respect for percussionists. Maybe I can do a " inside the drummer's studio " post with them sometime and I can find out how one simultaneously keeps one's chops up on instruments as completely different as marimba and tambourine.

Btw, I am getting no kickback from featuring these great musicians, although if they ever wanted to give me a tambourine lesson sometime, I wouldn't refuse!
Posted by Ted Warren at 11:04 AM No comments: