Hi all,
I shouldn't have done this, but I was procrastinating, trying to avoid working on my Masters thesis. So, I went on Instagram and looked at some drum videos. I know! I should have known better. ( Hey! That would make a good tune title! Fabs rule! )
I've probably mentioned this TOO much but, once again, these people seem to mainly play some complicated beat they've memorized and play it like they're a robot. They don't really develop ideas, and everything is a beat or a fill, and never the twain shall meet! 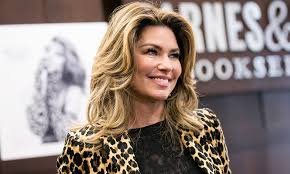 Are you talking about me again Ted?

Anyway, thanks for your input Ilene! So, I was thinking that these people always play "compositions" that exist only so they can show off some drum stuff! Fear not, you will never get the melodies to these stuck in your head, because these tunes don't have melodies! So, henceforth, I will call this egregious sonic experience "Chops Justified" Music, because the only reason it exists is to show off how fast you can play! NO THANKS!!!!

Now, I make a very important distinction between "Chops Justified" music and what I know as Fusion. Good fusion takes the compositional ambition of Modern Jazz and mixes it with the excitement of Rock and is beautiful and powerful indeed. I never listen to Electric Miles, Weather Report, Metalwood,  or Alan Holdsworth ( to name a few ) and think they are justifying anything but making beautiful music.
So, in conclusion, I thought I'd post something that is blatantly NOT "Chops Justified" music. Here's Jason Raso, Stu Hamm, and Marito Marques playing Jason's super fun tune, "The Pork Chop Express"

So, why is this true fusion and not Chops Justified? Well, there is a lot of humour. CJ Music tends to be really self-important! It is concise. It says what it needs to say without a lot of extra fireworks or anything. It utilizes the 2 bass thing in a collaborative rather than competitive way. Finally, it shows a lot of humility and lack of ego. ( Full disclosure: Jason is my neighbour and he'd never make me coffee again if I complained about him! )
All joking aside, I'm really looking forward to playing some real Fusion with Mr. Raso  later this month. I just have to convince to change the title of his tune to "The Pork (Non-) Chop(s Justified) Express. Just rolls off the tongue, don't you think? :)
Posted by Ted Warren at 1:46 PM