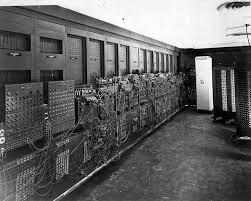 To say that we live in interesting times would be a vast understatement, even if we are looking at pre-pandemic. We musicians are aided by many modern inventions, from tuning apps, to electronic metronomes, to recording software we can use on a laptop or phone. For sure, we have gained much. But, have we ever given though to what we might be losing? A case in point is the history of the drum machine. In the early 80s, drum machines were developed as an aid to the recording process. Many drummers weren't happy about this, but some realized it could be an important tool. Many great recordings , especially in the Pop world, featured live drummer/machine hybrids that were very interesting. As we headed into the next decade, Drum n' Bass and Electronica used this machine in new and exciting ways. it's at this point something unprecedented happened. Drummers started imitating the machines rather than the other way around.
Now, this is not even remotely intended to denigrate the great things people like Jojo Mayer, Questlove, and others have done to take the best parts of drum machines and sequencers and add it to their musical palette. No, the problem is with the drummers that were influenced by these innovators.  and as a result, we live in a world where "machine-like" precision and execution has become the gold standard. Super tight, clean, playing is seen as the only way to play. If Elvin Jones had started recording now, I'm afraid there would likely be a lot of talk about how "sloppy" he plays, rather than how swinging, expressive, and beautiful it is. You can see the problem, right? There can be a beautiful looseness to how many drummers operate, especially when playing swing. I actually had a person tell me when he saw Lewis Nash for the first time how "tidy" his playing was. Now, Mr. Nash has very formidable and clean technique when he wants to use it, but it seems to me that focusing on the speed or evenness of his hands when he's painting such beautiful musical pictures strikes me a weird thing to focus on. I've been checking out a lot of Billy Higgins lately, and I love the relaxed looseness and joy that he brings to everything he plays. Check this out and I'm sure you'll agree with me…..
In conclusion, I think it's important to remember that the reason nobody has successfully programmed a machine to sound like Elvin, Billy Higgins, Keith Moon, or many others is there is humanity and personality there that can't be copied.  By all means, work on your "perfect' playing, but also be ready to go for it and be yourself! :)
Posted by Ted Warren at 12:29 PM