Many Roads to Rome 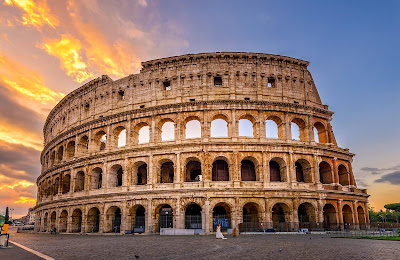 I don't care if it's an open air venue! The drums are STILL too loud!

I think with all the information on music we're flooded with these days (and I realize that I'm contributing to this as much as anyone) we're led to believe that there's certain books that we HAVE to go through…..

This really isn't the case, at least as far as I'm concerned, so today I'm going to look at what many people view as "standard" literature and talk about my relationship to it.  Hopefully this will show that although some concepts may be very important, we can arrive at them in a variety of ways… 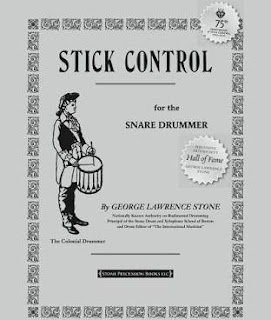 This was a very important one for me. Whatever hand chops I possess are due to Mr. Stone, and the book can be adapted in many ways. That said, it can be excruciatingly dull, and it certainly doesn't have a lot of pizzazz! Some people have told me the Tommy Igoe "Great Hands for a Lifetime" exercises work very well, and I'm sure there are many other similar resources available.
2. Progressive Steps to Syncopation
Otherwise known as the Ted Reed book. 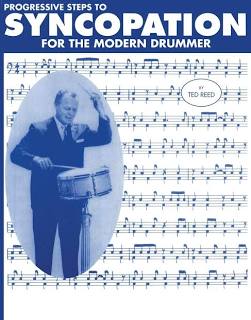 I did use this one a fair amount, but I would say people tend to get a little obsessed with it. This book, like Stick Control, has the problem of having exercises that are arbitrary math-like lengths. Why would we play things 20 times, or play exercises that are 28 or 40 bars long when most music isn't phrased in those amounts? Also, has old notation that we don't run into anymore, and a lot of it's adaptations encourage a sort of limited relationship with playing rhythmic figures, that doesn't help us much when playing with a big band. (I realize most of these adaptations aren't from Reed himself, just a weird by product of the book's popularity.)
3.Wilcoxen 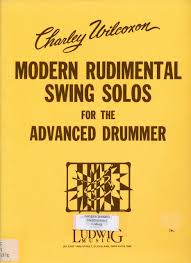 Okay, now I'm probably going to ruffle some feathers. I have taught some of these solos to students, and have also given them to people to play on auditions. If you haven't done much rudimental playing, they're a good way to fill in the gaps. Because I played in a marching band, I got a fair amount of rudimental technique from playing repertoire and working on the rudiments by themselves. I'll be honest, I don't like these. The phrasing is super boxy/march-y, there's barely any dynamics, and they're very repetitive. It feels like I'm always working to open up my phrasing, so the last thing i want to do is go back to the parade! I never worked on these much, and I don't think my playing has suffered any because of it. I would be more likely to recommend working on the 40 standard drum rudiments by themselves or Alan Dawson's rudimental ritual. And then something like this…
4. Some sort of Classical snare drum studies. I've had good luck with this one, but there's lots of cool literature out there that I'm going to try to explore in the future. 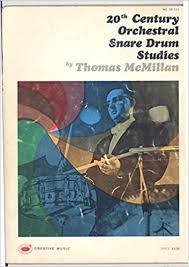 Why Classical studies at all? Well, you get cool & strange phrasing, extreme dynamics, and a real work out for your reading chops! :)
To be sure, in 45 years of studying drums I have been through many method books, but I think as long as you have one or two dealing with reading, one for hand/foot chops,  and one for styles and coordination, you can then look at more specific issues of anything you're interested in playing. Now, get to it! :)